SAIL TO THE TURKS AND CAICOS

SAIL TO THE TURKS AND CAICOS - Night Watch 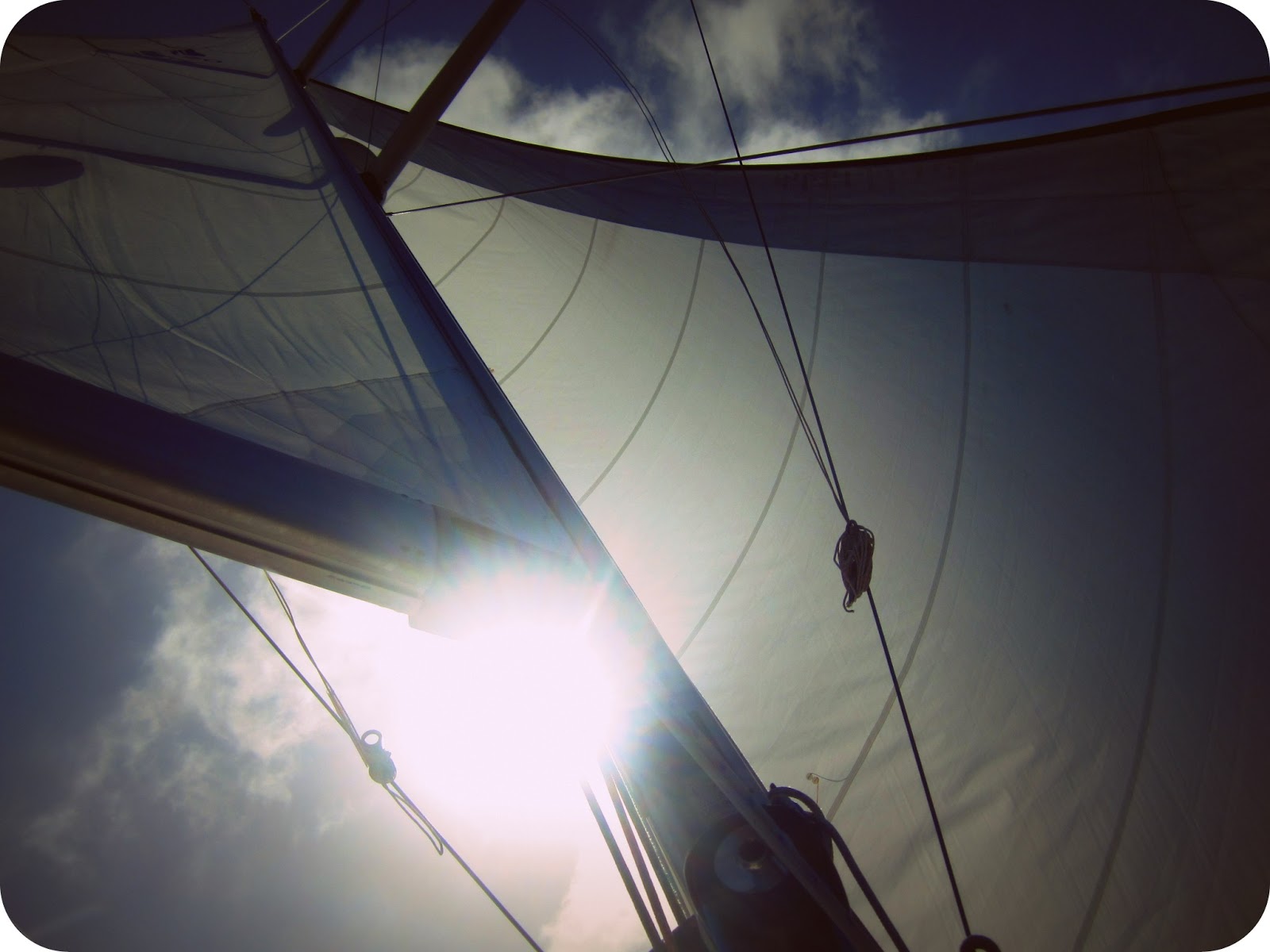 The wind has shifted and I can’t steer the boat. When I push the familiar +1 button on the standard autopilot control panel to turn a few degrees to starboard, nothing happens. The boat continues on, straight as an arrow into the night. Set in track mode, the autopilot is keeping us hard on target, compensating for sideways slip and current as it drives us blindly to the next waypoint, but the wind is not so easily tethered. I press the button again, harder. No response.

It’s deep night. The moon set hours ago. The familiar rhythm of large open ocean waves sweep through the black and under the hull of the unfamiliar boat beneath my feet. I can hear the papery rustle of the restless headsail as it wanders aimlessly across the foredeck, snaking back and forth, before meandering back into place.

We've been attempting to hold the rum line – the straight line course between where we were, Culebra in the Spanish Virgin Islands of Puerto Rico, and where we are going, Cockburn Harbor on the south eastern side of the Caicos Bank – but the wind is not cooperating. In an attempt to compromise, we have spread the boat’s wings wide, splaying the mainsail all the way out on one side and the headsail out on the other, to catch as much wind as possible. But the wind is fitful and when the breeze stops to catch its breath, the sails flog - their own weight pulling them down in the roll of the waves - backwinding momentarily and then falling back into position. Sometimes in these momentary lulls the headsail’s motion is confused, but gentle. When a big wave rolls the boat, though, the headsail slams out of place and back in again with a force that resonates through the rigging. That’s the sound of things breaking.

On the way to Culebra George showed me how to switch between the autopilot’s different functions, but now, a handful of days later alone on watch at three in the morning, I can’t remember how. I consider attempting to switch the autopilot setting to allow me to steer the boat to fill the sails, but if it doesn't work, I might not get the autopilot back on and would have to steer by hand. Then if I need George, who is asleep down below, I won’t be able to leave the helm to wake him. I would have to pound on the deck above his cabin or call through his open hatch, but he's a sound sleeper and I couldn't be sure he’d hear me. The absurd image of me standing at the wheel screaming as I waggle my head from side to side pops into my mind and I find the idea both humorous and terrifying. I've never felt so scared on watch.

I’m not afraid of the night or the ocean, the waves or the wind, but of being out of control. Though I've sailed over 10,000 nautical miles, I don’t know the particulars of this new boat. Do I blunder through and figure it out or do I wake the captain? I curse the fact that we didn't have a get-to-know-you sail where I could have gotten to know the boat, curse myself for not knowing how to do this simple task. And then George’s dark-haired head pops up from the main hatch and asks me how long the headsail has been flogging.

It feels like a slow and frustrating process getting up to speed on S/V Carpe Diem - figuring out new systems, new configurations, how everything works in order to become a fully functioning member of our tiny two person crew. George, a competent single-hander, can sail the boat by himself and often does during the day. I observe and try to take it in, though it’s not the same as doing. I need to remember that I've been hanging out on this boat for weeks, but this is only the second day we've been sailing.

With George on deck, we swap the wing on wing sail configuration, flying the mainsail on the port side where the headsail had been and visa versa on the starboard side which quiets the sails a bit. He shows me again how to switch between the autopilot functions cautioning that I should leave it on track and goes back to bed. I am left alone and shaken. What other fundamental tasks am I unfamiliar with on this new boat? I tell myself that while I’d felt helpless, help had been sleeping close by. Still, my stomach churns as I consider the gap of knowledge that keeps me from being able to help myself. For once it’s easy to stay awake on watch.

Sleep and sunshine erase the dark feelings of the night and I enjoy the ride on our floating house with wings as we fly hundreds of miles downwind. With the wind at our backs, I feel everything out here – the wind, the waves, the fluffy white cumulus clouds – are all going the same way we are going. Everything, the whole world, is pushing us the four hundred miles to our next destination. And then we spot the low crouching landmass that is our first sight of the Turks and Caicos, supposedly one of the most beautiful natural structures on earth.